A Winning Bet On An Unusual Movie 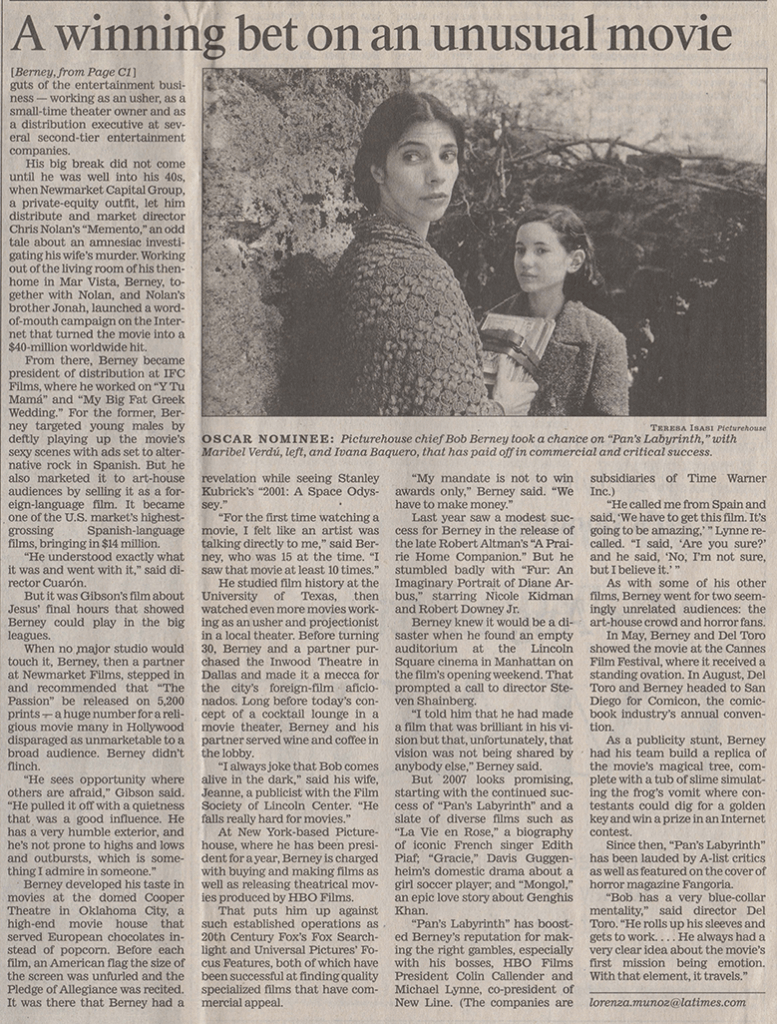 A WINNING BET ON AN UNUSUAL MOVIE By Lorenza Munoz The road to tonight’s Oscars for “Pan’s Labyrinth,” a nominee for best foreign-language film, can be traced to a meal of fried eggs and truffles at a Madrid restaurant. On a blazing hot August night, between sips of red wine, director Guillermo del Toro asked […] 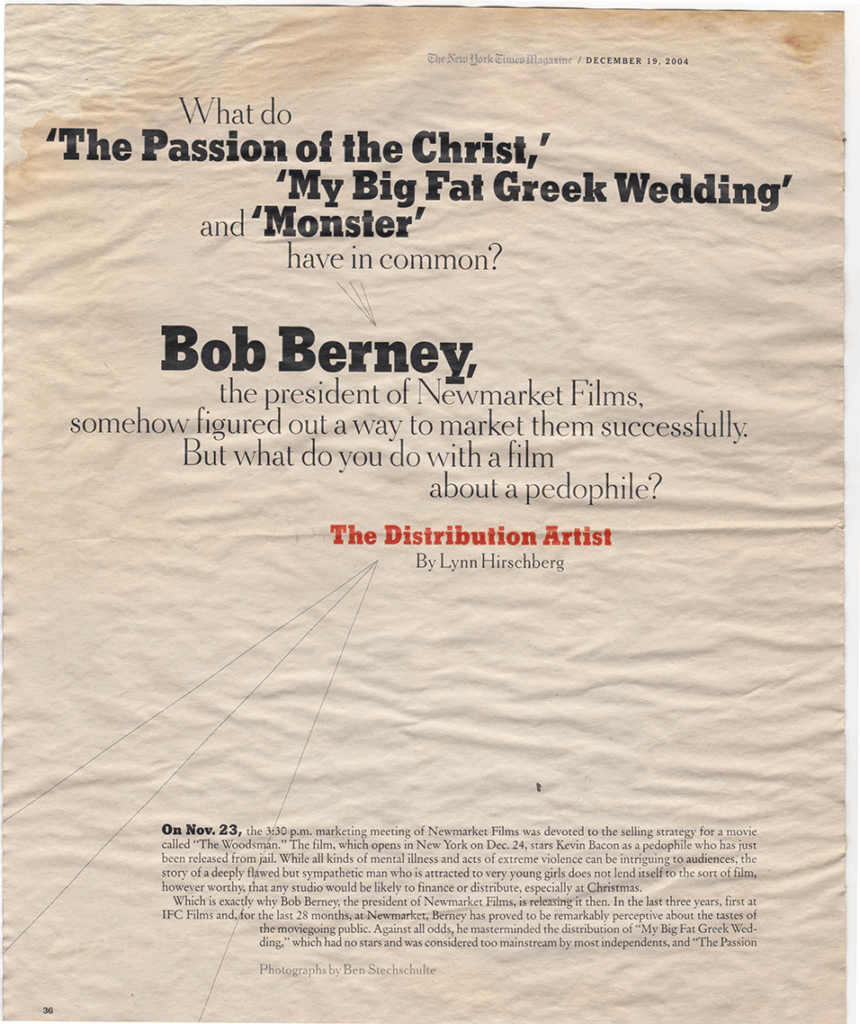 THE DISTRIBUTION ARTIST December 19, 2004 By Lynn Hirschberg On Nov. 23, the 3.30 p.m. marketing meeting of Newmarket Films was devoted to the selling strategy for a movie called “The Woodsman.” The film, which opens in New York on Dec. 24, stars Kevin Bacon as a pedophile who has just been released from ·ail. […]

His Week: Passion And Oscar Hopefuls 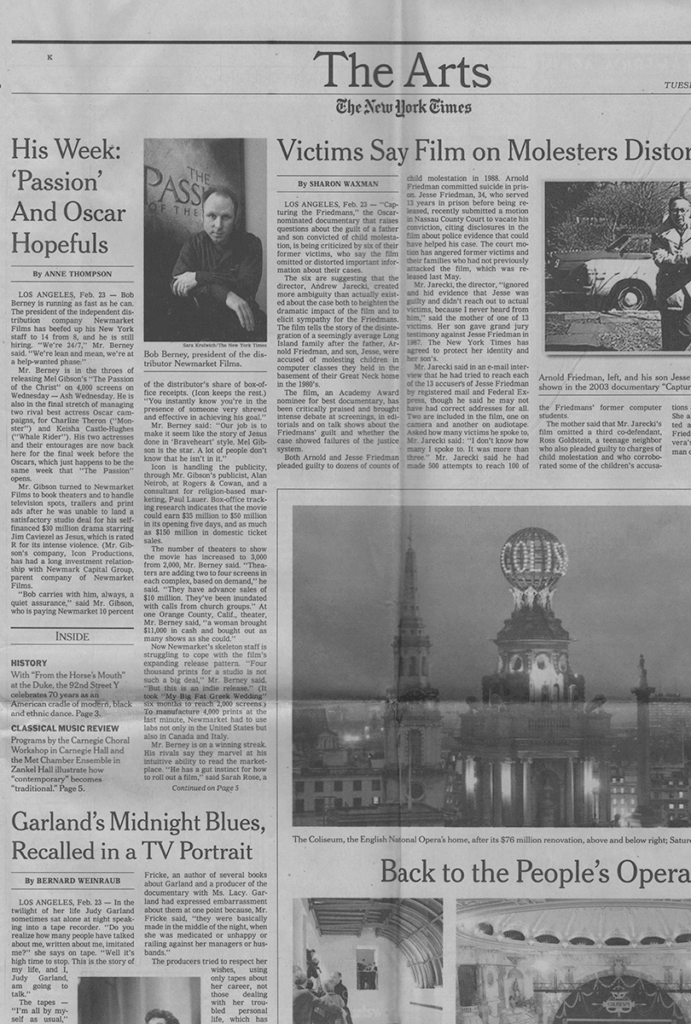 HIS WEEK: PASSION AND OSCAR HOPEFULS By Anne Thompson Bob Berney is running as fast as he can. The president of the independent distribution company Newmarket Films has beefed up his New York staff to 14 from 8, and he is still hiring. “We’re 24/7,” Mr. Berney said. “We’re lean and mean, we’re at a […] 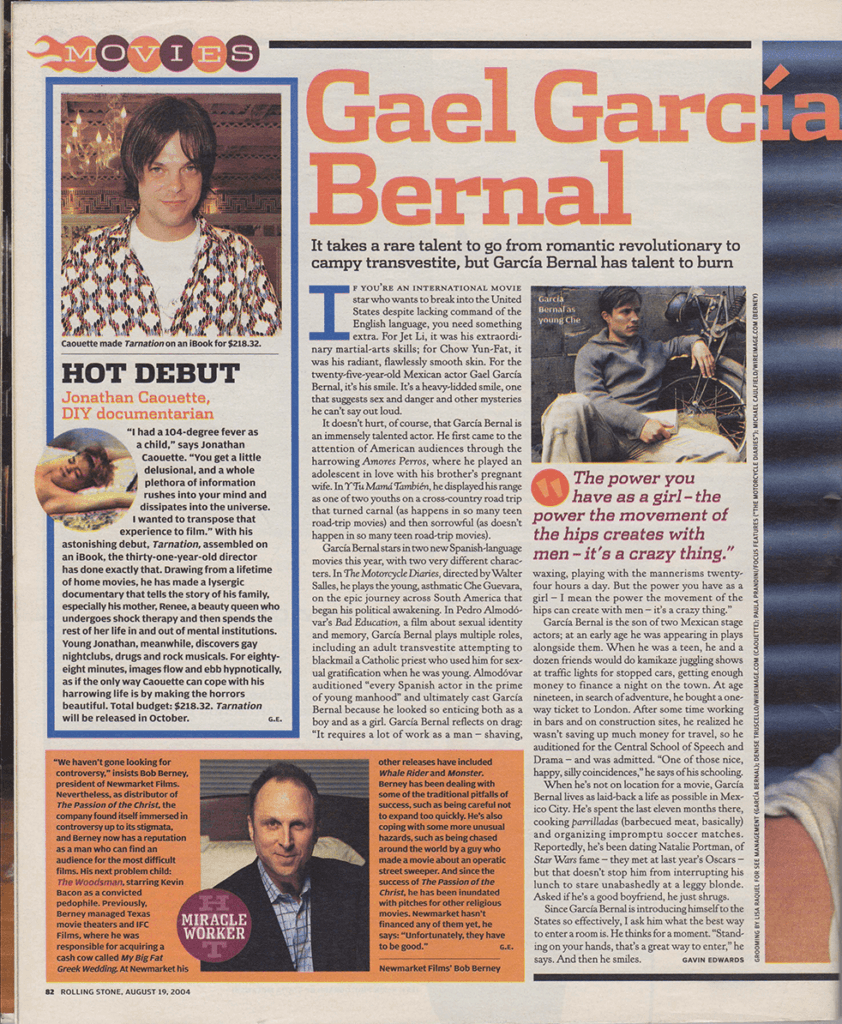 NEWMARKET & CONTROVERSY August 19, 2004 By Gavin Edwards “We haven’t gone looking for controversy,” insists Bob Berney, president of Newmarket Films. Nevertheless, as distributor of The Passion of the Christ, the company found itself immersed in controversy up to its stigmata, and Berney now has a reputation as a man who can find an […] 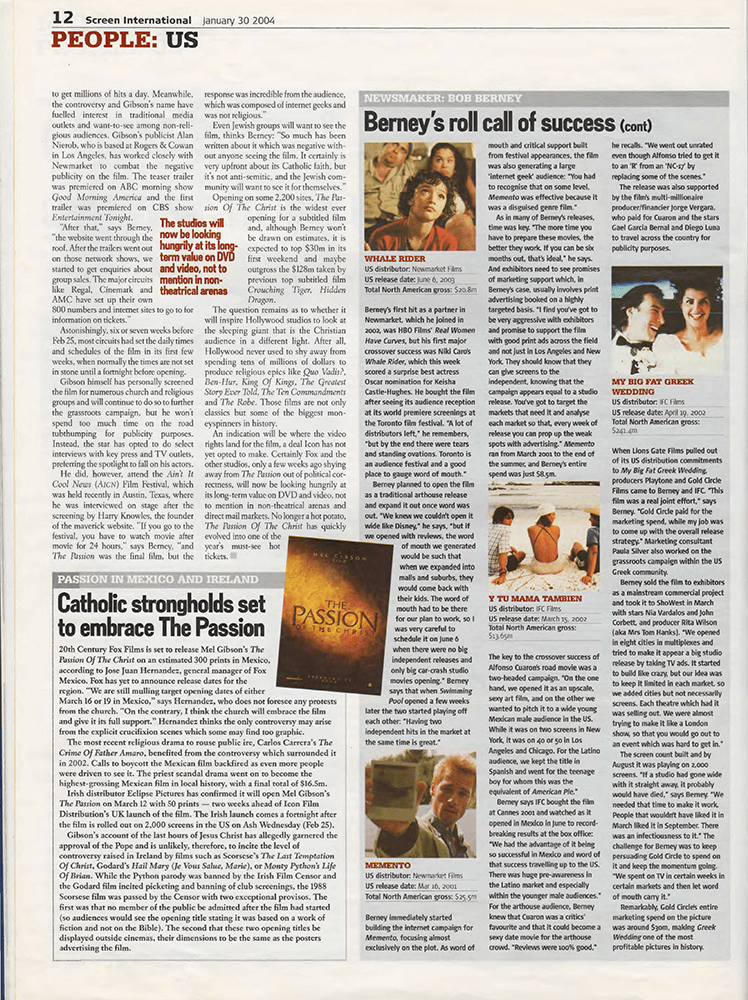 SCREEN INTERNATIONAL By Mike Goodrich On Wednesday, Feb 25, in the early hours of the morning, crowds will start gathering outside the Tinseltown 20 Multiplex in Plano, a middle-class suburb of Dallas, Texas. It’s Ash Wednesday. The event: the first show of the opening-day screening of Mel Gibson’s THE PASSION OF THE CHRIST. At 6.30am, […] 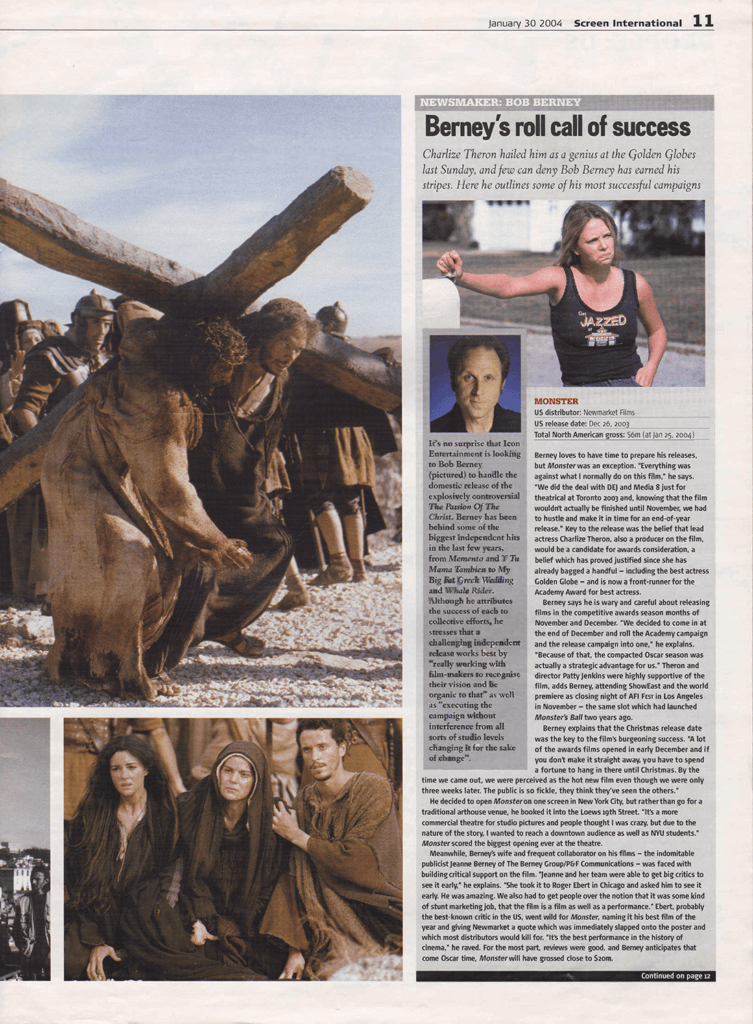 Berney’s Roll Call Of Success It’s no surprise that Icon Entertainment is looking to Bob Berney to handle the domestic release of the explosively controversial The Passion Of The Christ. Berney has been behind some of the biggest independent hits in the last few years, from Memento and Y Tu Mama Tambien to My Big Fat Greek […]

How To Produce An Indie Hit: Use Patience And Nuturing

HOW TO PRODUCE AN INDIE HIT: USE PATIENCE AND NURTURING June 18, 2002 By Patrick Goldstein Over the past six weeks, Gary Goetzman has been to 30 cities, going to a different radio station every morning. “I feel like a promotion man working a hit record in the old days of the music business,” says […]