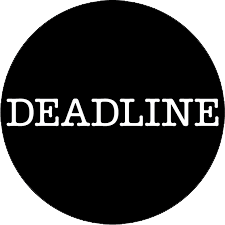 EXCLUSIVE: We have your first look at Matthew Heineman’s gripping new film Retrograde from National Geographic Documentary Films, a visceral, ground-level immersion into the last nine months of America’s long war in Afghanistan.

In addition to releasing the trailer today, National Geographic also announced what it called a “robust” release plan for the documentary, including theatrical, broadcast and streaming: Picturehouse will premiere Retrograde in theaters this Friday in New York and Washington D.C., followed a week later by Los Angeles, San Francisco, San Diego, Colorado Springs, Colo., and Dallas. The documentary will premiere on National Geographic Channel on Thursday, December 8, then becomes available to stream on Disney+ the next day in the U.S. only (with a broader international rollout to come). The film debuts on Hulu on Sunday, December 11.

Heineman, winner of multiple Emmys, two DGA Awards and an Oscar nominee for 2015’s Cartel Land, gained extraordinary access to a unit of U.S. Army Special Forces – better known as the Green Berets – for Retrograde, as they fought alongside Afghan National Army forces in Helmand Province.

“It took years, really, to get permission both within the Green Beret community and ultimately at the highest levels of [U.S.] government and military to get permission to embed,” Heineman told Deadline. “It was the longest embed that they’d ever granted anybody in the Special Forces community.”

After President Biden announced in April 2021 that he was ordering the withdrawal of the last remaining U.S. military personnel in Afghanistan, Heineman remained behind with Afghan National Army troops and their commander, the dynamic Gen. Sami Sadat. The director documented the emotion of Green Berets as they were forced to tell their Afghan Army counterparts that their long partnership was over.

“Like most of the films I’ve made,” the director observed, “they start out as one thing and they end up as something completely different.”

A release about the film noted, “Retrograde captures the final nine months of America’s 20-year war in Afghanistan from multiple perspectives: one of the last U.S. special operations forces units deployed there, a young Afghan general and his corps fighting to defend their homeland against all odds, the civilians desperately attempting to flee as the country collapses, and the Taliban take over. From rarely seen operational control rooms to the frontlines of battle and the chaotic Kabul airport during the final U.S. withdrawal, Heineman’s latest film offers a cinematic and historic window onto the end of America’s longest war and the costs endured for those most intimately involved.”

As the Taliban gobbled up territory after the U.S. exit, Heineman and his co-cinematographers Timothy Grucza and Olivier Sarbil filmed Gen. Sadat and his troops trying to hold the line against the surging Taliban. As Taliban fighters bore down on the capital, the filmmaking team captured the human drama at the airport in Kabul as Afghan civilians desperate to evacuate pleaded for a seat aboard the last U.S. military transport planes leaving the country.

“Retrograde is an unflinching and masterful document of the complications and consequences of war,” commented Carolyn Bernstein, executive vice president of scripted and documentary films for National Geographic. “We are thrilled to give this important film an unprecedented release plan ― in theaters, on National Geographic Channel and streaming on both Disney+ and Hulu ― in order to reach the widest audience possible.”

The documentary premiered at the Telluride Film Festival in September and was recently named to DOC NYC’s shortlist of the year’s best feature docs. Last month, it earned a nomination for Best Political Documentary at the 2022 Critics’ Choice Documentary Awards.

Retrograde is an Our Time Projects production directed by Heineman and produced by Caitlin McNally and Heineman. Executive producers are Carolyn Bernstein, Baktash Ahadi, David Fialkow and Joedan Okun; the film is edited by Pablo Garza, Heineman and Grace Zahrah, with cinematography as noted above by Grucza, Heineman and Sarbil. Music is by H. Scott Salinas.