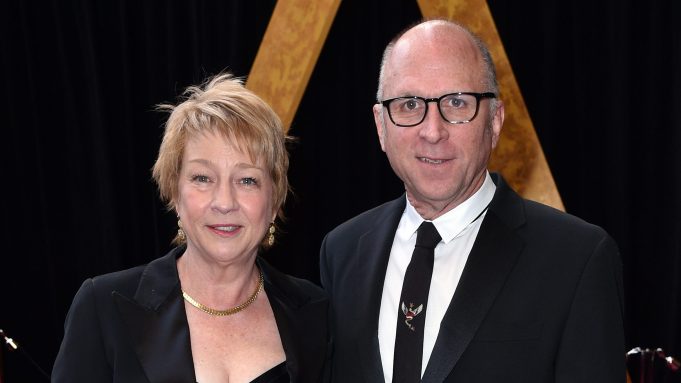 The Berneys are co-heads of Picturehouse and they made the deal with James T. Volk, chairman and founder of Origin Entertainment, which produced the film along with Elysia Productions and Rose Pictures.

Picturehouse was formed in 2005 as a joint venture between HBO and New Line, with Bob Berney at its head. The Time Warner subsidiaries acquired the theatrical distribution operation of Newmarket Films, which under Berney’s leadership had released such films as the record-breaking The Passion of the Christ; Monster, for which Charlize Theron won the Best Actress Academy Award and the surprise hit Whale Rider. Picturehouse acquired and released Guillermo del Toro’s Pan’s Labyrinth, which won three Oscars, Olivier Dahan’s La Vie en Rose, winner of two Oscars including Marion Cotillard); Sergei Bodrov’s Mongol; Patricia Rozema’s Kit Kittredge: An American Girl; Robert Altman’s A Prairie Home Companion; and Seth Gordon’s documentary The King of Kong: A Fistful of Quarters. The company relaunched as an independent theatrical distributor under Bob Berney and Jeanne Berney’s ownership in January 2013, with the release of Metallica Through The Never.

Fatima is a powerful and uplifting drama about the power of faith. It tells the story of a 10-year-old
shepherd and her two young cousins in Fátima, Portugal, who report seeing visions of the Virgin
Mary. Their revelations inspire believers but anger officials of both the Church and the secular
government, who try to force them to recant their story. As word of their prophecy spreads, tens
of thousands of religious pilgrims flock to the site in hopes of witnessing a miracle. What they
experience will change their lives forever. Fatima will open in theaters nationwide on April 24, 2020.

“Marco Pontecorvo has created a beautiful and inspirational film telling the emotional story of three young children whose visions captured a nation at a time when World War I was ravaging Europe,” said Bob Berney and Jeanne R. Berney in a joint statement. “We are extremely excited to bring this film to North American theatergoers.”

Said Volk: “It is amazing to realize that in 1917, before television, the internet or any reliable mass communication, 70,000 people gathered at this remote site to witness an anticipated miracle,” said Volk. “It’s truly a remarkable story, based on real events, and we are excited to partner with Picturehouse in the release of this film.”

“Fatima is not a film about religion,” added Ganguzza. “It is a film about the power of faith in times of conflict and turmoil.”